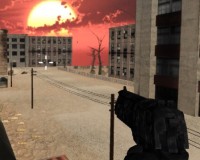 Hello, we've brought you a new war game. Masked Forces 3 The game will be more fun than previous versions. Because this version is very new graphics, weapons and characters are used. Do you best make this game to survive until the end of the game? We believe you will overcome this game. But there's one thing you have to pay attention to. Masked Forces 3  your enemies can have quite powerful weapons in the game. But in return, you can ambush and destroy your enemy and seize everything, including his weapon. The game will be directed to you. Immediately Masked Forces 3 no longer waste time. you have to do your best to start the game. Good luck, we want to have fun.